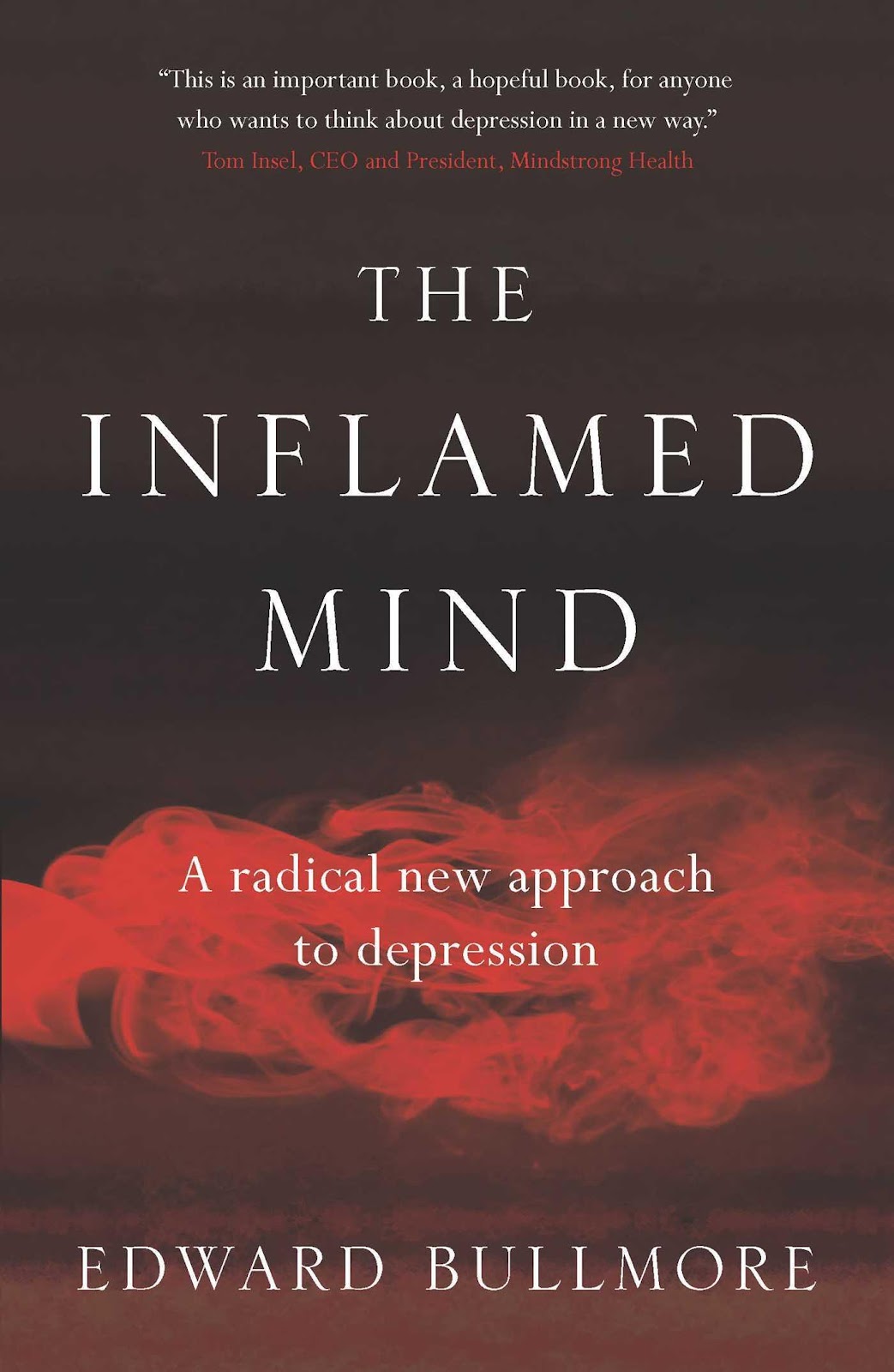 In The Inflamed Mind, Cambridge psychiatrist, Professor Edward Bullmore presents a new discovery which overturns centuries of medical, psychological and philosophical understanding: the mind and body are linked far more closely than we ever knew - obvious!Central to this thinking is doing away with old notions of dualism, such as mind and body, inherited from Descartes.
For years it has been accepted by the medical profession that mind and body were separated by a `blood-brain barrier', which prevented all cellular interaction. It was not considered professionally respectable to investigate connections between the brain, the realm of neuroscience, and the immune system, the province of immunology, because it was well known that the brain and the immune system had nothing to do with each other. Now it is clear that that is not the whole story.
Bullmore's research reveals that the existence of the blood-brain barrier does not prohibit immunological cross-talk between brain and body. What this means is that when your immune system is triggered to produce antibodies - by some form of inflammation - those antibodies travel to the brain. In simple terms, this is the first step of a whole new approach to treating mental illness, the key to understanding conditions from depression and psychosis, to autism, addiction and Alzheimer's disease.
Bullmore's book offers key insights into medicine, into how we have been getting it wrong, and how we can begin, now, to get it right. It looks set to remove the stigma attached to mental health.
While official - depression is not `all in the mind', Edward Bullmore speculates that it is on track to become the biggest cause of disability in the world by 2030.  However we must dare to think differently if we are to address it. An inflamed patient with, say, arthritis, doesn't reflect on his/her condition and then become depressed. As the patient's immune system rises to meet pain, chemicals are released that trigger depression. This is the inflamed mind. Removed from polarised views of depression being all in the mind or brain, the post-dualist discoveries of neuro-immunology point to new treatments.
--
How Exciting will this get when we have sensors that can pick up our biology and therefore look for inflammation, which will be able to highlight our probable mood, and hence reception to ideas to support to services.