Showing posts from February, 2015
Show All

Dear Tony, You did it. This morning the FCC voted to protect real Net Neutrality , doing what millions of people like you have called for: restoring the agency's authority to protect Internet users under Title II of the Communications Act. It's an incredible victory that wouldn't have happened without every single phone call, email, rally, Facebook post, tweet, meeting with Congress and everything else you've done to protect Internet freedom. Today we get to celebrate something really rare: a concrete win that everyday people made possible. You stood up to corporate giants and created a public policy that will actually protect the public. This moment was more than 10 years in the making. The fight to protect the open Internet has united everyone — grassroots activists, technologists, new civil rights leaders, parents, teachers, students, musicians, artists and millions and millions of Internet users. We've proven that we're a force to be reckoned with in Washing
much more to read »

Privacy or Annoyance. Quick rant: is there a corporate responsibility to use words correctly? 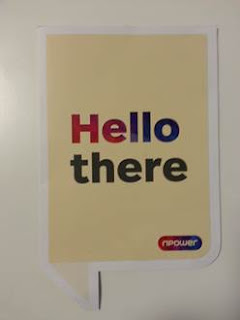 Above is the picture of a new information leftet I recieved from my energy supplier #nPower.  In it are the words " We take your privacy seriously ….. therefore tell us how you would like to communite with me to deliver relevant offers ."     My problem. Privacy in this context ( corporate communicating with a customer) is about how you store my data and use my data. This is to do with terms such as You cannot sell my data without my permission and you should protect it at all reasonable costs. Why then do nPower want to confuse the customer, the context and indeed the whole issue with marketing, selling and commutations?   nPower, if you want to speak with me about offers it is called Preferences not Privacy.   Quick rant : is there a corporate responsibility to use words correctly?   In my view the use of the word "privacy" to control the flow of annoying upselling confuses the user and distracts from the actual contractual responsibilities.
much more to read »
More posts