Data is Data. It is not Oil or Gold or Labour or anything else!

January 01, 2019
This is also published on LinkedIn and Medium as well 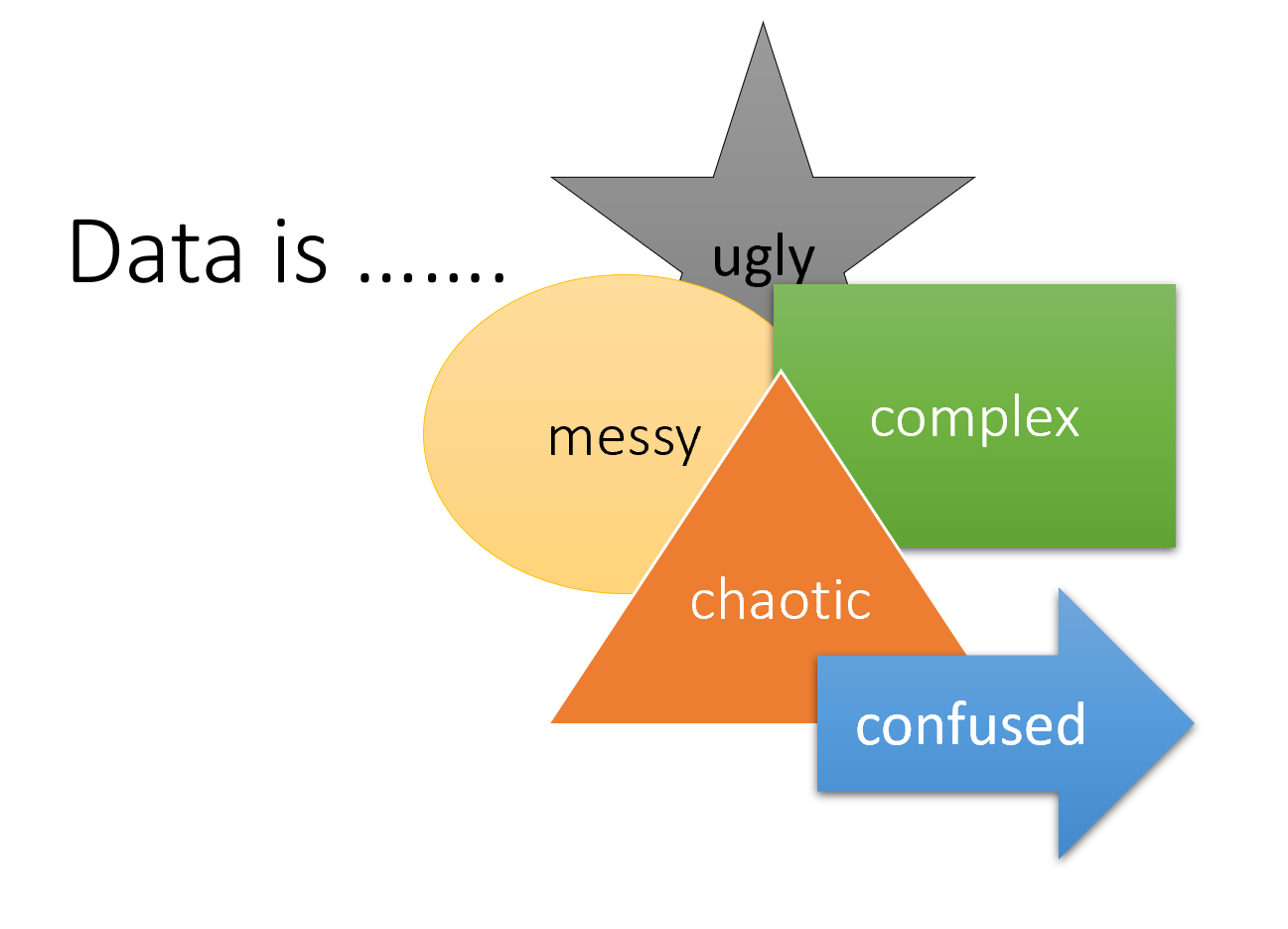 Data is Data.  It is not Oil or Gold or Labour or anything else!

Is there a similar problem elsewhere that provides precedent ?

Whilst risk, beauty or compassion are useful thought experiments they lack the direct linkage to value creation which data provides. Data is Data!
From Wikipedia: Risk is the possibility of losing something of value. Values (such as physical health, social status, emotional well-being, or financial wealth) can be gained or lost when taking risk resulting from a given action or inaction, foreseen or unforeseen (planned or not planned). Risk can also be defined as the intentional interaction with uncertainty. Uncertainty is a potential, unpredictable, and uncontrollable outcome; risk is a consequence of action taken in spite of uncertainty.
Possible that “Risk” as a conceptual framework has some similar properties which could help us. Risk cannot be owned or held physically (it can be accounted for), it cannot be controlled or touched, it changes continually, it has no value in of itself, it cannot be weighed or measured in the real world, it can be passed, sold and assigned, but cannot be “copied”; we can only describe outcomes and assign a risk measure. Risk is totally subjective and we all make different judgments make about the severity and probability of any and all risks. All human endeavour carries risk, but some can be defined as being much riskier than others depending on the lens.

Creating words will not happen, however there are companies who are solving and delivering solutions in our new data world who have ideas of privacy, consent, rights, ownership, sharing, storage as core functions.  Like Hoover became a generic name for a function, Google for search, Text for messaging and many others. Should we (the digital community) start to adopt names of companies, which have a pure single function that delivers context and relationship in this new data world to allow us to describe functions in a clear and crisp way.
Would such adoption get us to value, models, growth and fun a whole lot quicker; avoiding the words that prevent us from agreeing the same solution because we insist on using the same language with different words?
Extending this to AI - given that AI needs data.
As a further thought, does the lack of current wordset descriptors for data provide a rationale as to why AI will be slower to become adopted than perhaps the technology will enable? Is the timing such that we will spend too much time debating words that cannot describe the concepts and therefore, we cannot provide the assurance or  governance?
/#  please contribute #/
We need you to offer suggestions, ideas, wordsets and brands - these will get debated at forums and meetings.  All input will be open and shared through our community and member at mydata.org, IIW, VRM, Kantara and other initiatives such as W3C, Open Intelligence, Open Knowledge forum, WEF and other committee where our members met and collaborate.
Let’s start to find better words but it can only happen if you contribute and help.
Please share and make suggestions and help refine.  As a best practice please provide a mandate for any company, brand, word set as an activity that allows for a public debate to claims and what are the constraints of the new function.
Someone may want to take on a role and survey the players in the space and ask what notions they are trying to convey in their platform/ software that they are having trouble explaining, etc. we could come up with a list that everyone could work on reducing to the new language. For example, we could take our Consent Access Contracts and Consent Receipts and outline the individual items that make them up, then try to explain each as simply as possible and finally assign a word as a shortcut to it.