The Power of Personalisation 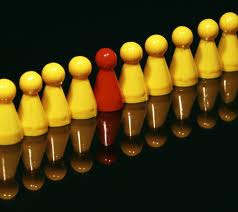 Guest post from Matt Nash, CEO of OOSOCIAL  who is sharing some insights on a new platform

I like Groupon, it’s a great concept in social networking. The trouble is, it doesn’t seem to learn about me – at least not so far as offers are concerned; all I seem to get is eVouchers for discounts on female leg waxing (...not really up my street).

Seriously though, to my mind this lack of personalisation is a major failing. Ever since the likes of Yoyodyne first championed the concept of “permission marketing”, it’s been widely accepted that “anticipated, timely and relevant” messages are as much as 70 times more effective. So why is it then that the majority of social media marketing isn’t personalised and still follows a broadcast approach (just look at Facebook fan pages for example)?

No wonder social media sharing service AddThis recently reported that 70% of shared content is NOT shared on Facebook – it’s mostly via email. Now there’s obviously the sheer volume of users and established modes of behaviour underpinning the preeminence of email here. But there’s more to it than that. Email marketing and for that matter, web-based trigger marketing and CRM are really well established. Brands routinely use with great effect, the very data they could be using to initiate relevant conversations inside social networks too.

And social networks are important. Every day a population equivalent to that of the entire USA logs on to Facebook, spending 700billion minutes there a month. They’re not alone either; add to this the 75 million or so Twitter users, the 300 or so other networks promoted by AddThis and the countless small and localised social networks and there’s a massive opportunity here. And not least because all these people have one thing in common – they want to interact and share things with each other.

Facebook and all the other networks’ users may want to share but they won’t spread the word about your brand unless you give them relevant (and timely) information, offers and incentives. Social networks can have massive advantages over email in terms of onward sharing, plus gaining and maintaining audience attention. The challenge though is how to bring to bear the power and sophistication of a brand’s existing customer targeting in this medium to fully realise its benefits.

It was against this background that Nick and I set out to develop a SaaS social marketing platform - OOCONNECT. In a nutshell, the idea is to give clients the ability to hook into their data (provided by you as part of your digital footprint)  and send precision-targeted content to any users choosing to add the App to their social pages. This initial idea made me very excited but also nervous as I didn’t know for sure whether anyone would want a social App to receive offers/information specifically tailored to their usually non-social consumer habits. It turns out that we didn't need those sleepless nights as the early results are amazing, but more importantly, the level of performance has been maintained and even increased. By offering small incentives, install rates are averaging out at 50% and every Flash, video or text message each individual subsequently receives gets unprecedented take up/response rates of 5-10%. And though it’s only been 6 months now, signs for retained interest are good, with our clients reporting a significant increase in the lifetime value of their customers.

Of course, things will become really interesting for us and our clients, later this year when it becomes possible to mash ‘client data’ with accumulated ‘social data’ and deliver whole new levels of personalisation.

Disclosure: I am the Chairman and a shareholder