The mobile patent wars is changing the nature of marketing #digitalfootprint 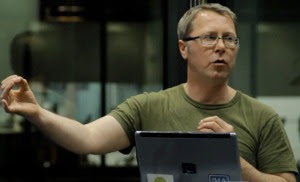 It is well recorded that one of the reasons Apple decided to put their antenna on the outside of their iPhone was because Nokia has such a comprehensive patent portfolio on antenna’s in mobile devices, it shied away from going down the potential route of another round of bruising encounters concerning patent infringement, supported by these links (here), (here), (here).

There are currently 4.6 billion mobile devices in the world, and mobile and the internet are rapidly converging. The reality is this that patents will still be used as a means by which one can protect market-space, future revenues, and growth.

The fact of the matter is that patents are all too often an after thought in many M&A process, RIM/Apple/Nokia/HTC have all been involved. Yet more multinationals are getting into patent wars, as we see today, using patents, to protect their competitive advantage. As our mobiles become our remote control for life – we will want to do more stuff on them. We will want to personalize, as well as having ubiquitous access to information both in terms of our personal and commercial lives.

Dynamic data flows marketing and commerce: Data is moving centre stage in the highly competitive world of marketing and commerce.  And the reality is that our mobile devices are becoming, or have become our remote control for life. And we will increasingly use our devices to do more stuff. People today also live in a world defined by search – where we are searching for knowledge and information that enables us to take decisions and make transactions which are also contextualized by time and place.

I see the convergence of a number of key trends that make mobile patents pendingGRANTED in creating strategic opportunity. These trends are that we as individuals, now seek information, that we identify as; timely relevant and contextual – the more personalised the better – subsequently on the mobile platform we will only ever accept commercial communications on this basis – data therefore becomes hugely important and so will mobile payment. (More than US$1.7 billion was spent in 2008 on mobile advertising, and this number is expected to grow to more than US$12 billion by 2013). More significantly, one in seven media minutes is spent with mobile already today,Tomi Ahonen tells us Anyone that has a patent portfolio that addresses these needs and trends will find themselves I would suggest in a very strong strategic position,

So what are we talking about?

And who should be interested in acquiring patents for strategic use? Mobile carriers, device manufacturers, application vendors, mobile platform operators and developers, content providers, search providers, and other entities operating in the mobile device arena. So, when one of the largest mobile patent portfolios comes up for grabs – I suggest its worth taking a serious look at. And why do I say that? Because, many of the patent families within the portfolio’s focus will play a strategic role in controlling access to the market for both new entrants and existing players. As the mobile advertising market grows over the next several years, the strategic value of this portfolio will continue to increase. There is an old saying which is, “he who pays the ferryman calls the tune”.

A few years ago there was a big battle of will the internet win or the mobile? Now it seems to be clear, it will be that the internet will converge onto the mobile. In fact, the future of the internet is mobile. Google CEO Eric Schmidt has been saying that for years already, (and also Vint Cerf- ed) and the new Google strategy, ‘Mobile First’ is a clear indication of how seriously they are taking it. And Google are not alone among internet giants believing in a mobile future. From 2007, Yahoo has been saying the same. So if you thought that perhaps the internet was threatening your business, that may be a short-lived threat, say for industries already feeling the full threat like bookstores or video rentals or music stores or travel agencies etc. If the internet itself is headed to mobile, the salvation for a bookseller or video or music or travel company is not to go online, it is to ‘leapfrog’ the technology gap and go directly to mobile. Like the book publishing industry is doing in Japan for example where mobile books outsell ebooks already.

Such a profound shift in how we find stuff we want, how we trade, and pay for goods means there will be a re-ordering of the media and commercial landscapes, whether we like it or not, patents will play a big role in how this plays out, or will at some point play a key role in; who wins, who loses, who stays and who goes.Tomi Ahonen, also makes a very important point, in terms of what happens if you are not tuned-in to the very near future, the ‘lesson’ writes Tomi is in cameras.

The cameraphone did not kill the stand-alone camera. It just took 90% of the market. For the mobile industry that was far more than ‘enough’. The big phone makers like Nokia, Samsung, SonyEricsson and LG are not in the business of creating professional cameras. They can happily leave the small ‘pro market’ to the specialists like Nikon and Canon. But as the mass market vanished, the mass market business also shifted. Kodak, Minolta, Polaroid, Konica and so many other major camera industry players had to abandon the camera related business and shift to something else like professional imaging or scientific instrumentation or photocopiers or whatever, or else go bankrupt – like Polaroid has done, twice already.

Sobering stuff. The mobile patent wars may have only just begun.

We know that Eric Schmitt starting saying "mobile mobile mobile" back in 2007 and whilst I agree about the uniqueness of mobile, something I have written about many times, I am now of the view that the device is less important that the data that comes from the device.  Therefore, I (tony fish) would add to what Alan says that this new bread of marketing will look increasingly towards behaviour economics and other social analysis to aid in their effectiveness.  This brings in a whole new realm of patents for analysis of data, but we must not forget data collection patents and data storage patents.  In terms of collection there are a wide number of patents that are about transfer of data over the network, profiles and updates.   As he says "sobering stuff"