More people are losing their jobs due to online missteps 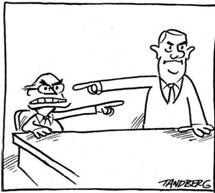 There have been several stories recently blaming the ease and ability to track digital footprints that lead to some who are less wise about their comments losing out…..

Helen Thomas was pressured to retire after she made a comment at Jewish American Heritage Month celebration that was later posted online by the rabbi’s son that many considered to be anti-Semitic. 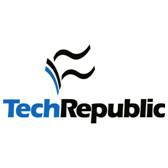 The Huffington post lists 14 examples – the first is after an interview at Cisco Systems, Connor Riley (aka @theconnor) confessed in a tweet that she would hate the job but relish the "fatty paycheck." When a channel partner advocate for Cisco Alert stumbled across her Twitter account, theconnor's fate was sealed. "Who is the hiring manager," the Twitter sleuth wrote. "I’m sure they would love to know that you will hate the work. We here at Cisco are versed in the web."  The story became an overnight sensation and earned theconnor the unfortunate nickname "Cisco Fatty." Someone even created a website called CiscoFatty.com.

Of the 250 plus comments – most people tend to agree that you cannot blame the technology.  Be careful with your views, not much to ask really.