The last article was about being railroaded in the first 100 days, recognising that you are forced into a decision.  In this one I wanted to unpack that “data” shows that using science in an argument (say to defend against railroading) just makes the members of the team more partisan (aligned to their own confirmation bias and opinions).  As the #CDO, your job is to use data and science, therefore in the first 100 days, with this insight, you are more likely to lose more people than win friends, lose more arguments than win and create bigger hurdles?   What I suggest, based on this work is that to overcome “proof by science” is to use curiosity to bring us together. 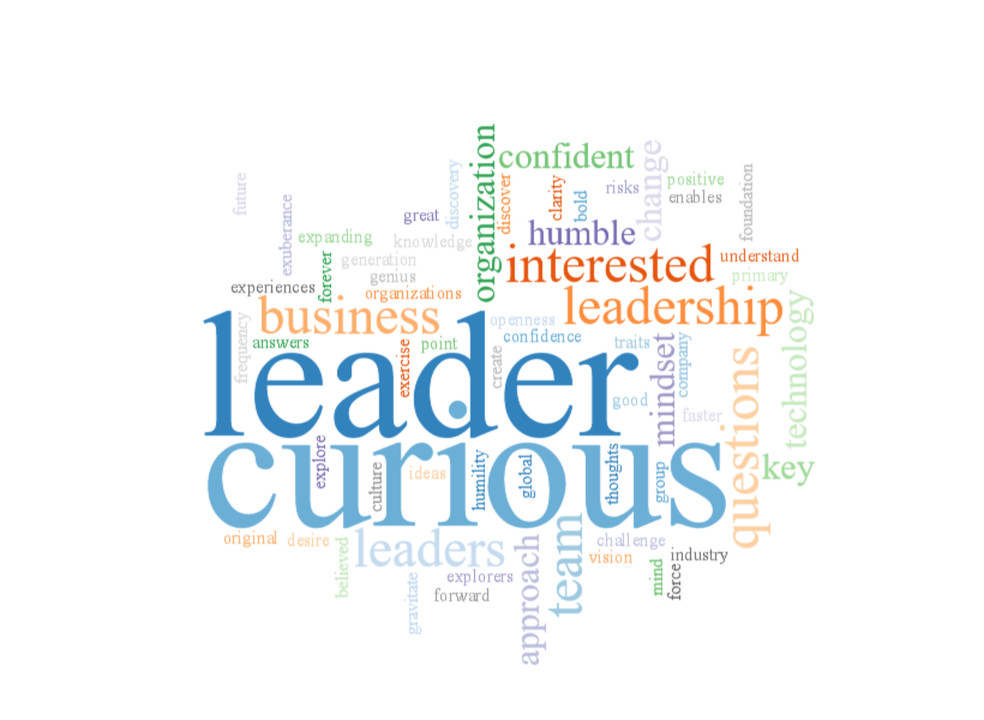 Image source: from a good article by Douglas Longenecker

Dan Kahan, a Yale behavioural economist, has spent the last decade studying whether the use of reason aggravates or reduces “partisan” beliefs. His research papers are here. His research shows that aggravation and alienation easily win, irrespective of being more liberal or conservative. The more we use our faculties for scientific thought, the more likely we are to take a strong position that aligns with our (original) political group (or thought).

A way through this is to copy “solution journalism” which reports on ways that people and governments meaningfully respond to difficult problems and not on what the data says the problem is. Rather than use our best insights, analysis and thinking to reach the version of the “truth”, we use data to find ways to agree with others opinions in our communities. We help everyone to become curious.   I use the Peak Paradox framework as an approach to remaining curious as to where we are aligned and where there is a delta.

What happens when we use data and science in our arguments and explain what the problem is, is that the individuals will selectively credit and discredit information in patterns that reflect their commitment to certain values. They (we) (I) assimilate what they (we)(I) want.

Kahan, in 2014, asked over 1,500 respondents whether they agreed or disagreed with the following statement: “There is solid evidence of recent global warming due mostly to human activity such as burning fossil fuels.” They collected information on individuals political beliefs, and rated their science intelligence.” The analysis found that those with the least science intelligence actually have less partisan positions than those with the most. A Conservative with strong science intelligence will use their skills to find evidence against human-caused global warming, while a Liberal will find evidence for it (cognitive bias.) 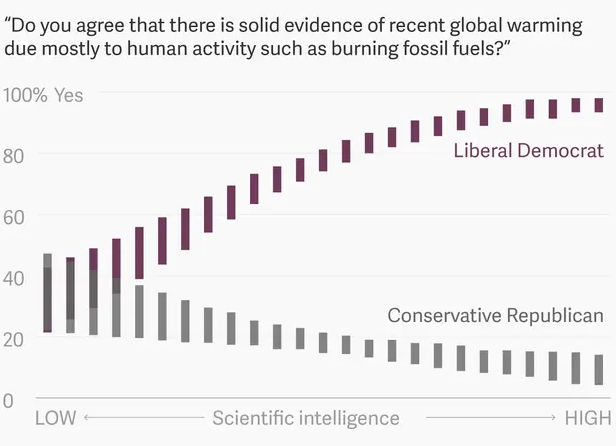 As a CDO a most disconcerting finding is that individuals with more “scientific intelligence” are the quickest to align themselves on subjects they don’t know anything about. In one experiment, Kahan analyzed how people’s opinions on an unfamiliar subject is affected when given some basic scientific information, along with details about what people in their self-identified political group tend to believe about that subject. It turned out that those with the strongest scientific reasoning skills were the ones most likely to use the information to develop partisan opinions.

Critically Kahan’s research shows that people that score well on a measure called “scientific curiosity” actually show less partisanship, and it is this aspect we need to use.

As CDO’s, we need to move away from “truth”, “facts”, “data” and “right decisions” if we want to have a board and senior team who can become aligned.  We need to present ideas, concepts, how others are finding solutions and make our teams more curious.  Being curious appears to be the best way to bring us together - however counterintuitive that is.

Whilst our ongoing agile iteration into information beings is never-ending, there are the first 100 days in the new role. But what to focus on? Well, that rose-tinted period of conflicting priorities is what </Hello, CDO!> is all about. Maintaining sanity when all else has been lost to untested data assumptions is a different problem entirely.