What type of memory does identity need? 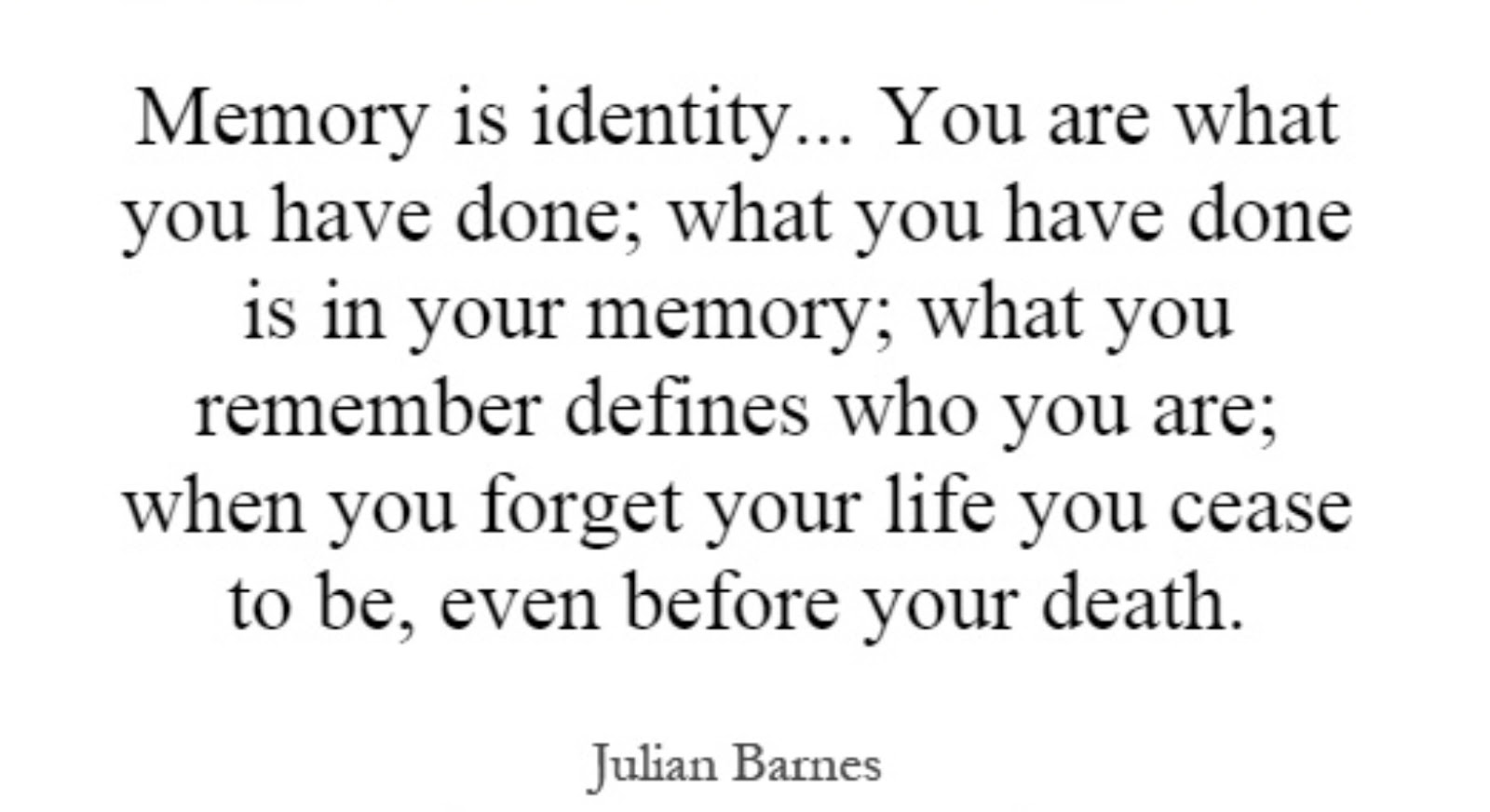 Whilst the quote focuses on the human memory as a means to create personal identity, the question to be looked at is “What types of memory do we have”, and “what do these memory type mean for identity?”
The types of memory we have is somewhat easier to break out and explore, in fact so are the types of identity. The core of this article is the thinking about complexity that arises when we explore the interaction between memory and identity. This is very much a thought piece that needs lots of debate, I hope this starts it.

Before we go to far, it is worth reading the wikipedia entry on all memory as it breaks out the many uses of the word in different contexts.
Nature has a wide variety of memory techniques, but none of the naturally occurring ones are similar to the one we propose to create for digital identity (near perfect). Our existing paper identity systems are closer to nature than the digital one we propose; existing schemes generally get worse over time, solve one issue and have significant functional gaps. Nature's memory tends to be imperfect (corrupt) and often has little relationship to what actually happened. As a way of framing, consider these:

we have to question why are we crafting and creating something (near perfect identity) that does not have a similar model in our history, biology, nature or society? It is that we, maybe, want to use the thinking that a near perfect identity could solve certain human ills, or perhaps it is that we have deluded ourselves as the solution. Does perfect identity leads us to a perfect society; one where the 7 deadly sins: pride, greed, lust, envy, gluttony, wrath and sloth would be eradicated?
Does knowing that you did something actually stop you or someone? An assumption is that near perfect identity will get the person eventually. I know that greed lead the person to take something and digitally we can trace it, but the harm may already have been done in the act or taking, so does knowing actually change harm or justice; as it cannot justify prevention.Another assumption is that near perfect identity will remove lying about something and assumes that the only outcome was not-positive (negative) for the person or society. Personally I don’t have an English school qualification as I am so dsylixic, so I had to lie to go to university - there is a longer story. If I didn't tell that lie, then the person who gets the bursary each year would not be getting it and the ramifications would not only be on me and my family but my group and a wider and more complex scenario or relationships. Indeed I would probably be paying less tax or even be a claimant on the system.The question “What type of memory does identity need” definitely needs some more unpacking. Identity needs a memory but the single, near perfect and forever one appears by nature's own lack of a solution, be a dark and empty rabbit hole. But how far from perfect is good enough and who determines good enough?
We certainly need a tool for simple decision identity making for KYC and AML but that does not mean we need a memory, across all systems, to link all data. Memory and its relationship to identity has to become a judgement which is confused by complexity.
data digital identity identification identity memory