Should you care who owns your Identity? 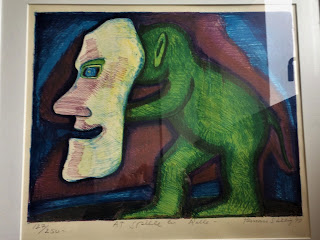 Identity, and what it means to people, is in the majority thought of as age, gender, experience, culture, and location.  The purpose of this piece is to invite you to think about what your identity means in the future, as change is creating new opportunities.
Identity (past):  In the most generic form was all about recognition.  Who you are: your name, family-tree, where you were born and live, your position in the group, your skills, etc.  Identity was simplistic.  Identity stemmed from relationships and traceability and as such trustable.  Knowing someone and being known had merit, until early versions of misrepresentation and fraud merged. Authentication mechanisms like stamps and seals became required.

Identity (present): Given that authentication mechanisms of identity (past) proved useful, centralised processes such as the issuance of birth certificates, social security numbers, marriage certificates, driving licenses and passports became the norm.  This change in how we expressed and valued identity was pivotal.  Insomuch that instead of identity being a way to recognise and be recognised, these documents became the essential proof of one’s trustworthiness.  More importantly, these documents issued to you became something that you must have, hold and present as proof of your being, even to a known entity. No physical documents means no identity, means no trust.  We went from you the person and your relationships being the core of your identity, to a document (a piece of paper) issued to you by an external entity being the definitive proof of who you are (regardless of its authenticity). Your identity somehow became effectively a number controlled by the “trusted” issuer.

In today’s digital realm, identity (present continuous) has the added complexity of new dimensions and concepts, which include the unfathomable amounts of personal data that is generated as we interact with digital services.  From online shopping and banking, to booking a reservation or sharing a photo; all this data is captured, stored and potentially analysed.  This unique personal data captures who we are, what we think and feel, who we know and what we do, with whom, when and where. This means that the holder of the data can predict and influence what you do next!

Your “identity” has therefore shifted from recognizing you for who you were, to identifying and categorizing you based your behaviour and intimate personal patterns. The point is that you are the generator of this data, but the problem is the services which you interact with own and control the data and as such your identity.
Identity (future) will have to combine all these ideologies of identity and their precise subtleties, as it will evolve to include data by and about you at all points, in all instances and places.  Your role in controlling it will be key to the quality of your life.   As we embark on this new journey, we need to understand and embrace how our data will be used and monetised.  As identity continues its transformation in meaning and purpose, the economic value and return will have to become more balanced along the value chain; control must shift back to the entities it describes and touches.

Whilst the ideas presented here can be overwhelming if not frightening, the return to self-generation with new regulations such as GDPR and capabilities such as verifiable claims, distributed and self-sovereign identity present high-growth opportunities, for both companies and entrepreneurs and has the potential to improve the quality of life at large.  Without doubt identity, its meaning and value, will be fought over vigorously and this will further confuse the already confusing landscape.  To help us navigate we need to take a brave look within as we ponder and debate such fundamental questions as:

To have a right to win in this next iteration, we the people, must demand that providers and governments have renewed integrity and transparency values at their core. This will require new collaborative economic models that reward value creation rather than value extraction.  Surly the question is, who has the right values and structure to deliver?